MODULE – A5
For 6th level characters

The battle of shadow tower was a disaster for the Elves. It was there they were betrayed by the Dark Queen. The betrayal and divine blood spilled there caused the place to be a haven for powerful undead. The rise in power of Geryok, god of undead, allowed his servants to find clues to this place which exists in the Feyrealm, Shadowrealm and Kadar simultaneously, yet cannot be entered from any one of them. Now the Elven goddess of war, Illera urges you to use a powerful artifact to enter the Shadow Crypts before the servants of her rival, the Dark Queen, get there first and discover the ancient powerful artifact that she believes is there being guarded by a powerful Undead Dragon.

This fifth module in the Dragonwars of Trayth adventure series is ideal for 3 to 6 players. Each of the 25 modules in the series can be played individually or as part of the Epic Quest that takes players from 1st to 30th level of experience. 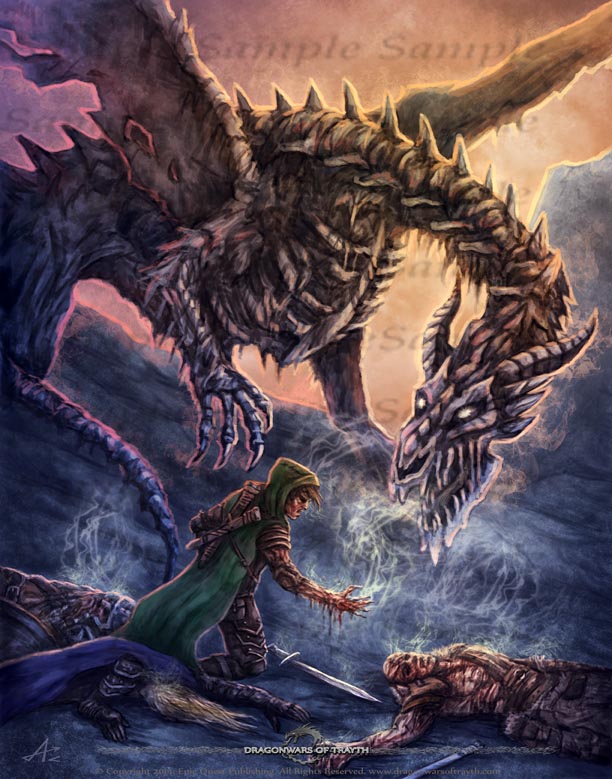 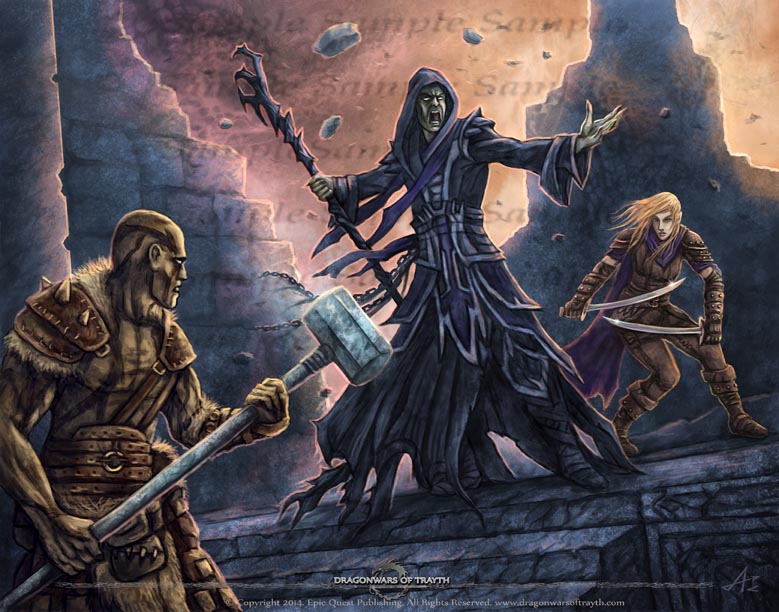 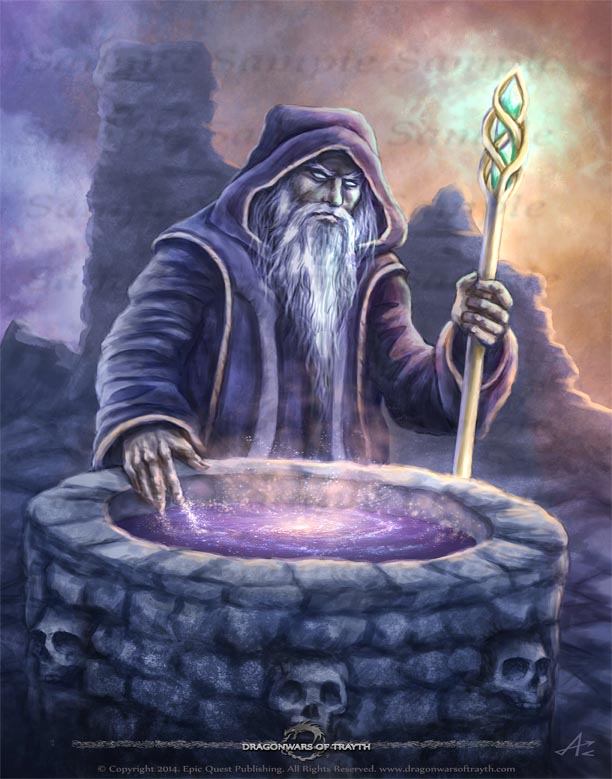 All Art Available on T-Shirts and Posters 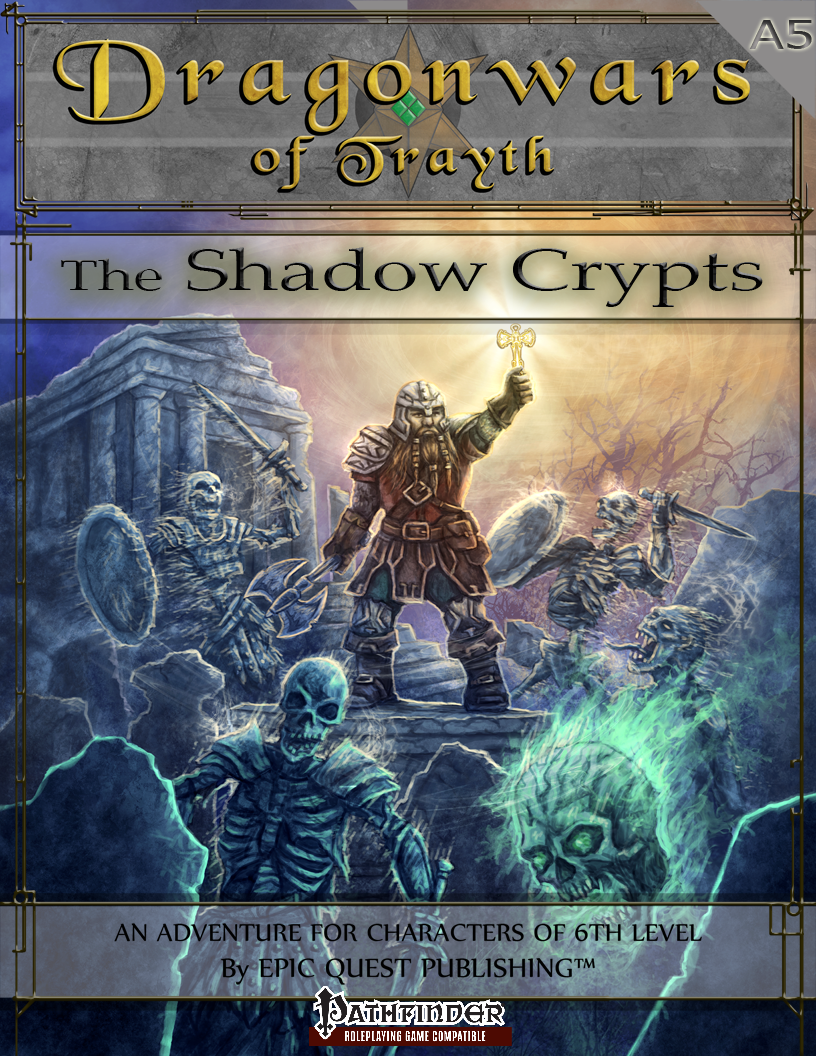 Modules, T-shirts, and Posters, and More 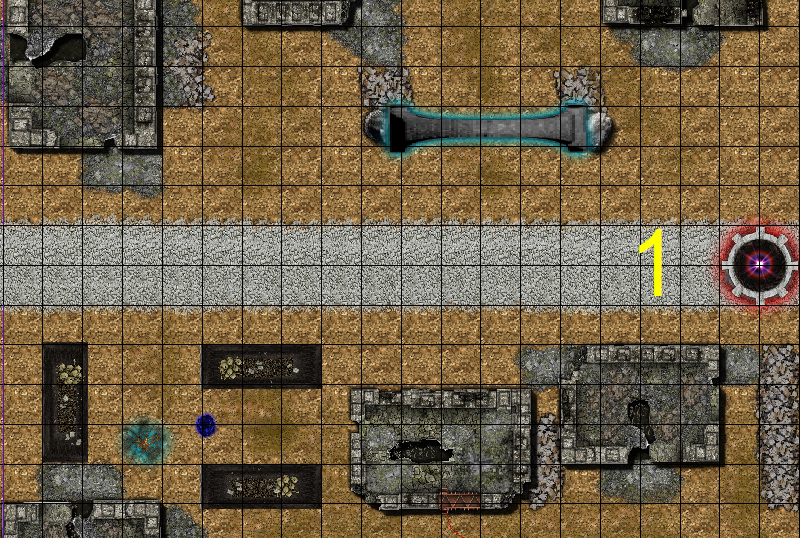